Why You Need A Midwife – The Top 10 Reasons Why

Midwives are becoming more and more necessary in today’s society. With the rise of technological advancement that has made it easier for people to access information, we have also seen an increase in the number of people choosing not to raise their child or get pregnant. This has led to a decrease in population, which only continues to put pressure on the rest of us.

The birth process is becoming increasingly complicated as well. It used to be that you could just go into labor by having your partner walk from one end of the house to the other — nowadays it seems that every movement is tracked and analyzed until you can find something wrong with you (or your family).

Consequently, midwives have become more important than ever before. They understand what each individual needs most — whether it’s emotional support, security during labor or just a reliable pair of hands during delivery — because they have seen it all before themselves. As such, if you still haven’t found a reason why you need a midwife after reading this article, then let us give you some ideas:

Inhalte Verbergen
1 The Top 10 Reasons Why You Need A Midwife
1.1 You want to avoid unnecessary medical interventions
1.2 You want to avoid unnecessary interventions at all
1.3 You want an advocate for yourself during pregnancy
1.4 You want someone who won’t judge you
1.5 Midwives Make Things Easier For Both Parents And Babies
1.6 Midwives Are More Trusted Than Doctors
1.7 The Birth Process Is Getting Complicated Again
1.8 Midwives Can Help With Postpartum Depression
1.9 There’s A Drop-Off In New Moms Which Is Hurting The Population Growth
1.10 We Have An Increasing Number Of Older Mothers Who Need Help Giving Birth
2 BONUS Reasons
2.1 There Are Some Incredibly Risky Delivery Methods Being Used Nowadays
2.2 Midwives Are Accessible All Over The World
2.3 They Know What Is Most Important For Every Individual Woman No Matter How Different They Are From Each Other
3 Hebammensuche
4 Adeba-Forum

The Top 10 Reasons Why You Need A Midwife

Midwives are typically able to prevent many of the complications that arise during childbirth. They provide you with emotional support and help you cope with labor, which is important because this can be a stressful time for both mother and baby. This means they reduce the risk of a difficult delivery or stillbirth. With the help of midwives, mothers and babies are healthier, which saves lives.

You want to avoid unnecessary interventions at all

You might be hesitant about the idea of relying on someone else during your delivery process, but midwives have been certified by professionals who understand what they need to do in various situations. That way, you not only get the benefits mentioned above but also know that your midwife knows how to handle what is going on without any interference from others.

You want an advocate for yourself during pregnancy

Pregnant women can feel as if they are alone when there isn’t anyone else around them who fully understands what they are going through — but with a midwife, that doesn’t have to be the case! Midwives have been trained in natural healing practices and will help guide you through your pregnancy and deliver your baby safely without unnecessary intervention or medication (unless absolutely necessary). As long as you trust your midwife with this information and allow them to take care of your health needs during labor, then all will go smoothly!

You want someone who won’t judge you

Midwives Make Things Easier For Both Parents And Babies

Midwives are skilled at recognizing when something doesn’t feel right and providing the necessary support. This is a huge benefit to both parents and babies. Midwives help make birthing easier for both mothers and babies, which ultimately leads to less stress, anxiety, and labor pain. With midwives on hand, you can also trust that everything will get done properly before your baby arrives. Midwives know how to handle different situations so they can keep things calm during hard times. Additionally, midwives are there for more than just birth — they provide holistic care for all pregnant mothers-to-be throughout the entire nine months of pregnancy. They understand the process of bringing a child into this world, which means that they have the knowledge to support you in any way possible.

Midwives Are More Trusted Than Doctors

Let’s say you have a severe headache during your pregnancy. You see your doctor and you are prescribed painkillers, but they don’t really seem to be doing the trick. Your midwife will most likely take a more holistic approach in order to find the best solution for you. In addition to being more practical, midwives are also much more trusted than doctors. According to a recent study by Babies r US, 84 percent of their members felt that midwives were able to provide them with best care during childbirth . This is because they understand what it takes to have an easy and natural birth rather than just treating symptoms after they happen.

The Birth Process Is Getting Complicated Again

As mentioned before, the birth process is becoming increasingly complicated. In the past, a woman could just go into labor by walking around for an hour and have a natural delivery. Nowadays, every movement is tracked and analyzed until you find something wrong with you — or your family. As such, midwives are more important than ever before.

Midwives Can Help With Postpartum Depression

Postpartum depression is a very real problem. It is the most common complication of pregnancy and childbirth, and it affects about 10 percent of all women. Postpartum depression is an overwhelming feeling of sadness, hopelessness, guilt and despair that can take months to recover from. If you are suffering from postpartum depression and want to talk to someone who has been there, a midwife is one of your best resources. One thing that makes midwives uniquely qualified for this task is that they have seen the birth process from start to finish (and back again). They know how hard birth can be on a woman, so they’re not just going to give you advice on how to go about it; they’ll offer support through every step of the way — literally holding your hand until delivery day arrives. In addition to their expertise in the area, midwives have many skills that make them unique in this field:

WOMEN! Raise your hand if you’ve ever been pregnant and it was difficult. Yes, the struggles of motherhood is hard, but try to imagine what the world would be like if we were to lose a huge chunk of mothers in the process. There are many reasons why women are not having children or getting pregnant anymore. The lack of affordable healthcare and birth control is a huge part of it. But also, women who have been abused or have other children from previous relationships might not be able to raise their child themselves, so they choose not to become pregnant. This can lead to less people being born — which means less tax revenue for all of us — which can lead to more stress on either the public or private sector when resources become limited. If you still don’t know why you need a midwife after reading this list, think about the health benefits that come with having a midwife in your life. Not only do midwives provide excellent healthcare services for pregnant women and new parents alike (which we outlined above), but they also provide emotional support that just isn’t matched by other professionals (especially during labor). They’re there when you need them most — providing comfort in times of need while at the same time helping ensure that you are getting what you need as well!

If you are pregnant, then chances are that your due date is getting close. With the advancements in technology and the amount of people choosing not to get pregnant or raise their children, there continues to be an increase in the number of older mothers. This means that midwives have become increasingly important as they understand what each individual needs during this time.

There Are Some Incredibly Risky Delivery Methods Being Used Nowadays

With the increase in technologies and the use of it in medical care, delivery methods are becoming increasingly more complicated. When there is a lack of midwives, doctors/nurses and families often turn to inexperienced staff to help with a difficult birth. If complications arise, they can have disastrous consequences. One type of delivery that puts you at risk is breech births which have now become more common due to technological advancements. Breech births are when babies are born feet first. This means if the baby is stuck in the birth canal or has other complications during labor then it can be extremely difficult for them to breathe or stimulate their own heart rate. A breech birth should never be attempted without at least two midwives present — but these are not always readily available these days either.

Midwives Are Accessible All Over The World

As a midwife, you can make yourself accessible to people in all areas of the world. You can help bring mothers and children into this world safely, even if they live in other countries. Just because you are pregnant doesn’t mean you cannot be of service to someone else. Midwives understand that sometimes we need something different, and they know what it takes to provide the support necessary for parents who are also dealing with substance abuse or mental illness.

It’s essential for a midwife to understand the different needs of women in order to be able to meet them. In other words, midwives have personal experience with labor and delivery. They understand what is going on with you and see it all through your eyes in order to offer support where they can. 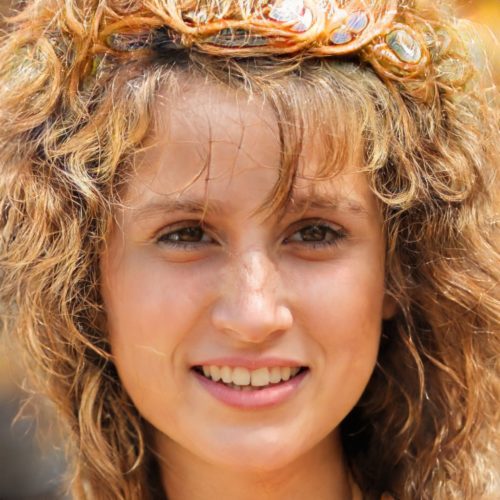 What It Feels Like to Want Children: Ten Real-Life Stories

Cord Blood Banking: What Parents Need to Know Parent’s questions about banking cord blood for their child’s future can be difficult to answer without first...
Weiterlesen